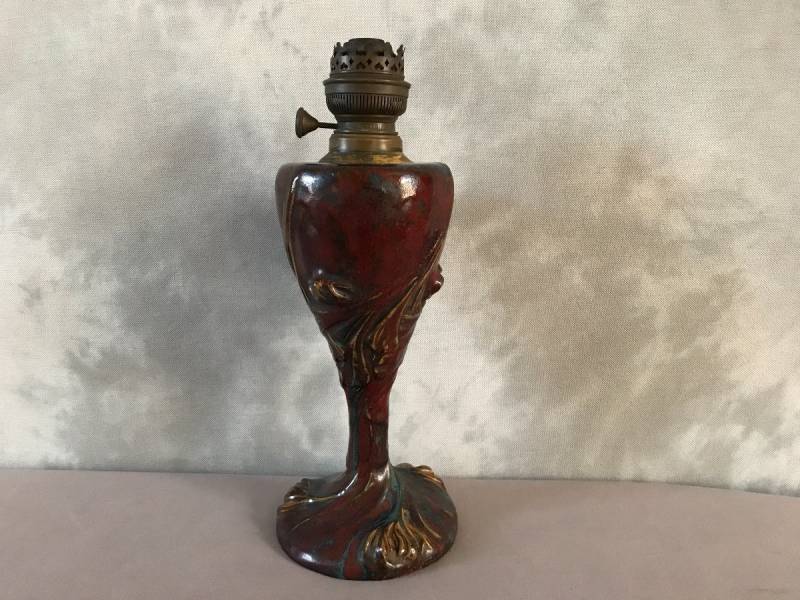 Dalpayrat is one of the most important ceramists of Art Nouveau. After having trained in Bordeaux at Veillard, and having stayed in Limoges and Toulouse, Dalpayrat opened a workshop in Bourg la Reine, south of Paris. He collaborated with the sculptor Voisin-Delacroix until the latter's death in 1893. In 1894 he founded a commercial association with Adèle Lesbros, cousin and friend of Voisin-Delacroix. He exhibits regularly in Paris and Brussels. Its deep red flamed sandstone vases, nicknamed "Dalpayrat red"